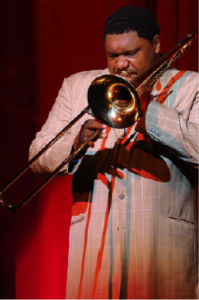 Let’s face it: as a holiday, Thanksgiving is the neglected middle child and weak sister of its much more virile siblings, Halloween and Christmas. Yet there’s one musician who can transform this underperforming holiday—as well as the weekend that follows—into a joyful celebration to compete with its alpha male brothers. Trombonist, vocalist and raconteur (who also pleases crowds with cornet and tuba), Wycliffe Gordon is a one-man show unto himself, and when he surrounds himself with an outstanding band, as he almost invariably does, the results are greater still. A virtuosic brassman with a huge capacity for musical history, Mr. Gordon would seem to be going through the great years of jazz  alphabetically, with a show that encompasses Duke (Ellington), Dizzy (Gillespie) and the Dorseys (Jimmy Dorsey and one of Mr. Gordon’s trombonist role models, Tommy Dorsey). This is Mr. Gordon’s second year playing Dizzy’s over this post holiday weekend, and if he’s going to keep up the tradition, music lovers are going to be eagerly awaiting Thanksgiving each year in the same way that kids look forward to Christmas. 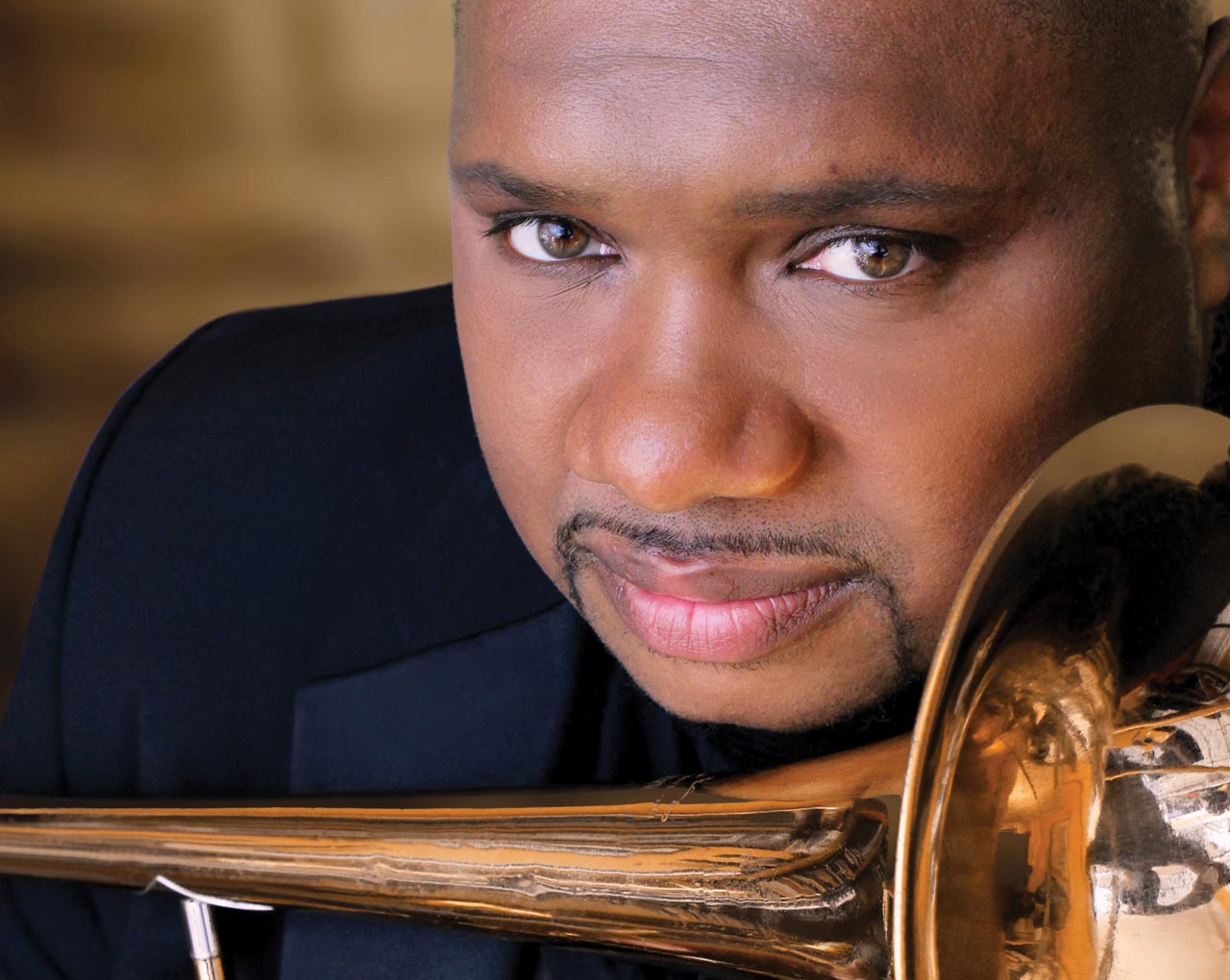